Minister of Municipality and Environment 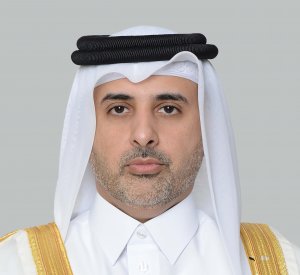 In January 2017, HE was appointed as the Chief Executive Officer of Qatar Rail in addition to his role as the Managing Director.

Prior to joining Barwa, HE was the Chief Executive Officer of Smeet, an affiliate of Qatari Diar Group, serving the company since its formation in 2008 until March 2011.

HE has held various leadership and senior project management positions from 1996 to 2008 with The Qatar General Electricity & Water Corporation (Kahramaa), where he has managed multibillion dollar infrastructure projects.

HE the Minister of Municipality and Environment holds a Masters in Business Administration and Bachelors in Electrical Engineering from Qatar University.

The Official Website of the Ministry of Municipality and Environment