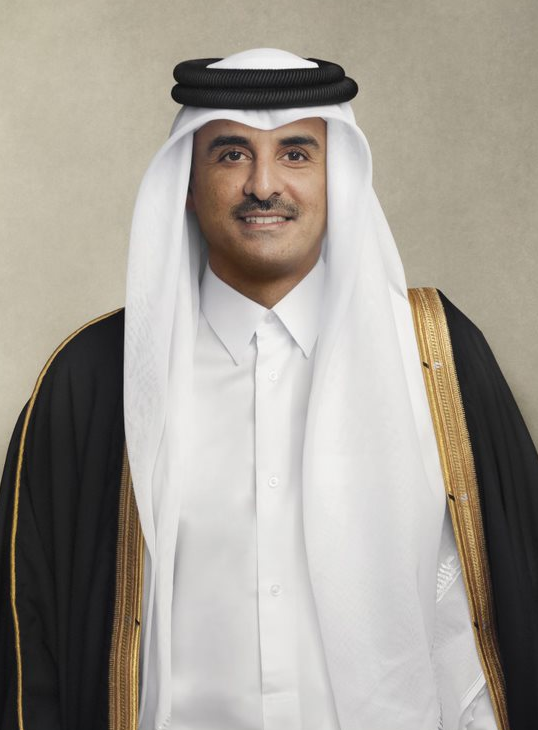 His Highness Sheikh Tamim Bin Hamad Al Thani was born on 3rd June 1980 in Doha, Qatar, where he received his primary and lower secondary schooling. He then joined Sherborne School in the United Kingdom where he continued his secondary schooling and graduated in 1997.

His Highness the Amir pursued his higher education in the United Kingdom where he attended the Royal Military Academy of Sandhurst, graduating in 1998.

Upon graduation from Sandhurst, His Highness joined Qatar’s Armed Forces where his military and academic studies were combined with practical experience to enhance his leadership skills.

His Highness’ strong leadership characteristics qualified him to be appointed as Heir Apparent on 5 August 2003. He was also appointed Deputy Commander-in-Chief of the Armed Forces. Since then, His Highness Tamim Bin Hamad has been working with His Highness the Father Amir to acquire the essence of his wisdom and experience in governance, as well as his deep knowledge of state affairs.

The Amir’s hobbies include Falconry and sports related to Qatari and Arab heritage.

In addition to the Arabic language, His Highness is fluent in both English and French.