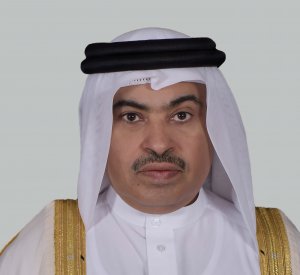 Minister of Commerce and Industry

His Excellency Mr Ali bin Ahmed Al Kuwari joined Qatar National Bank (QNB) in 1988. He became QNB Group Chief Executive Officer in July 2013, prior to this he was the Executive General Manger and Group Chief Business Officer of QNB.

HE Mr Al Kuwari is also Chairman of MasterCard Middle East and North Africa Advisory Board, Chairman of QNB Capital (the investment banking and advisory arm of QNB Group) and Chairman of QNB Privee Suisse in Switzerland. He is also Vice Chairman of Qatar Exchange.

HE Mr Al Kuwari has a Master of Science in Management Information System from the Seattle Pacific University, and a Bachelor of Math and Computer Science from Eastern Washington University.

The Official Website of the Ministry of Commerce and Industry