Qatar is passionate about sport. Like every successful athlete, we are determined to better ourselves, push our boundaries and break down barriers.

That is why the second Tuesday of every February was designated a public holiday – the National Sports Day.

The first National Sports Day was held in 2012. Its purpose is to promote participation in sport, with hundreds of sporting events taking place throughout the country.

“Sport day reflects, from year to year, the commitment of the Qatari people to the gains that have been achieved in the State and gave it a privileged position on the map of sports in the world.

Sport plays a major role in the Qatar National Vision 2030. Our ambition is to become a global leader in sports and bring the world together through sustainable sports development, building on our achievements to date.

A global hub for sport

Qatar has played host to more than 500 international sporting events in the past 15 years, across all sports and age groups.

We are incredibly proud to be hosting the 2022 World Cup, the first in the Arab World, to help change perceptions and drive development across the entire region.

Qatar is also pleased to announce that it had won the Doha 2030 Asian Games Bid. On 4 October, we submitted our plan to the Olympic Council of Asia (OCA), to strengthen Asia’s enduring sporting legacy.

Doha 2030 is a national priority and has the full support of His Highness the Amir of the State of Qatar. The Bid Committee has drawn from Doha’s extensive sports events hosting experience and leveraged its wealth of state-of-the-art venues and infrastructure to develop this world-leading plan. With all permanent sports venues in place or already planned, Doha 2030 is able to focus on delivering a Games that brings benefits to all of Asia before and after 2030.

“Doha has become a beacon of pride, thanks to the guidance and directives of His Highness the Amir, who has established Qatar’s global status, and made sport one of the important factors in the pillars of sustainable development of the country.”

Additionally, Qatar will host its first ever Formula One Grand Prix in November 2021. This inaugural event will take place at Qatar’s Losail International Circuit where spectators will gather to witness this event for the first time in Qatar’s history. The country has also signed a 10-year deal to host Formula One starting from 2023, thus continuing its breakthroughs for the next decade in the field of sports.

In December 2022, Qatar signed a contract to host the FIA World Endurance Championship from 2024 to 2029. This championship, which will be staged at the Lusail International Circuit, will pave the way for future international motorsports events in the country.

Qatar not only welcomes international athletes but also develops its own sporting talent, with Qatari athletes competing at the highest levels of international sport.

In 2012, Qatari swimmer Nada Mohamed became the first female to represent Qatar at the Olympics in London. 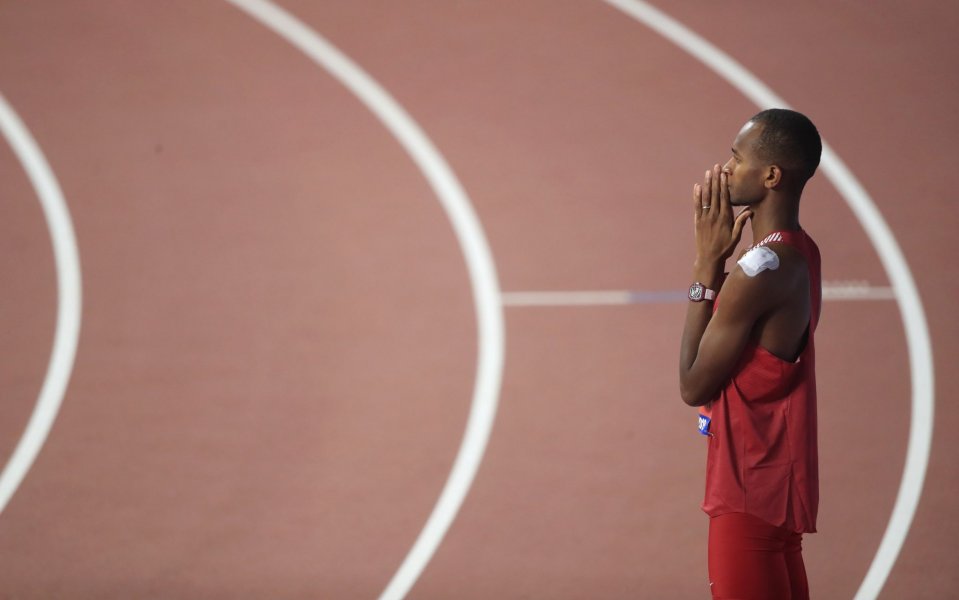 The first-ever silver medal for Qatar was won by high-jumper Mutaz Essa Barshim at the London Olympics in 2012. He also won the Olympic silver medal at the Rio Olympics in 2016. A year later, he won a gold medal for Qatar in the IAAF World Championships in London and was named Men’s Athlete of the Year by the International Association of Athletics Federation. And in 2019, Barshim won a second gold medal at the IAAF World Championship in Doha, becoming the first man to defend the world crown.

Qatar’s participation in the Tokyo 2020 Olympic Games has been the best in the Qatari sports history. Qatar won three medals in the Tokyo Olympics for the first time – two gold medals for Fares Ibrahim in the weightlifting competition and Mutaz Barshim in the high jump competition, and one bronze medal for Cherif Younousse and Ahmed Tijan in the beach volleyball competition, which is the first medal for an Arab country in a team sport. The team’s exceptional performance placed Qatar first among the Arab countries participating in the Tokyo 2020 Olympics. Both Barshim and Ibrahim were mentioned in the Forbes 30 under 30 Middle East list in 2021.

Qatar was also represented at the 2016 Paralympic Games in Rio. Two of our athletes – Abdulrahman Abdulqader and Sara Masoud – took home silver medals. In the Tokyo 2020 Paralympics, Abdulqader claimed the bronze medal of the men’s shot-put event. Masoud also participated in the Paralympics and ranked sixth in the women’s shot-put competition, as well as beating her personal record.

Another sports star in Qatar is rally driver and clay pigeon shooter Nasser Al Attiyah, who has won three Dakar Rally titles – in 2011, 2015, and most recently in 2019. He also won a bronze medal for clay pigeon shooting in the 2012 London Olympic Games.

Qatar is also home to a number of successful regional and international sports teams. Our handball team won the Asian Men’s Handball Championship four times in 2014, 2016, 2018 and 2020, and brought home a silver medal at the 2015 Handball World Championship.

Moreover, the Men’s national football team has emerged as a force in Asian football. The national team recently had its most successful tournament of all time, winning the 2019 Asian Football Confederation (AFC) Cup and moving Qatar from 93rd to 55th place in FIFA’s latest world rankings. The team has additionally won the Gulf Cup three times, in 1992, 2004 and 2014. Qatari footballer Akram Afif was also named 2019 Asian Player of the Year at the Asian Football Confederation’s annual awards in Hong Kong.

In 2021, Qatari champion Amal Mohammed claimed the gold medal of the running target event at the Asian Airgun Championship in Kazakhstan.

To ensure that we continue to nurture athletic talent, the Qatar Olympic Committee launched the Team Qatar Club, a new online sporting community that aims to inspire young people to participate competitively in sports. This builds on our Be an Athlete programme that nurtures a new generation of Qatari sporting champions.

Besides Team Qatar Club, the Qatar Olympic Committee further builds the sporting culture in Qatar by organising Sports Excellence Day. This annual ceremony has been taking place since 2008 and highlights the achievements of the various athletes in the country, encouraging them to pursue the best in the field of sports and inspire the future generations.

In addition to hosting sports tournaments, Qatar has invested significantly to ensure that it has the very best in sports training and medical facilities readily available to athletes from all over the world.

Aspire Academy is a highly advanced youth sports academy, both in terms of its strategic ambitions which are aligned to Qatar National Vision 2030, and its student-athlete development methodology.

Since its establishment in 2004, Aspire Academy has been mandated to provide training and education to students with sporting potential, in an exceptional sporting and learning environment. The academy has set itself the ambitious target to be, by 2020, recognised as the world’s leading sports academy in the development of youth athletes. In 2017, Aspire received an award for best Arab sports organisation.

Each year, Aspire engages more than 6,000 young children (ages 6–12) through sport and football skill development and talent identification programmes throughout the country. The most talented children are offered scholarships to join Aspire between the age of 12 to 18 and develop in the Academy’s “core” sports (football, athletics, squash, table tennis, and fencing) as well as in federation sports. 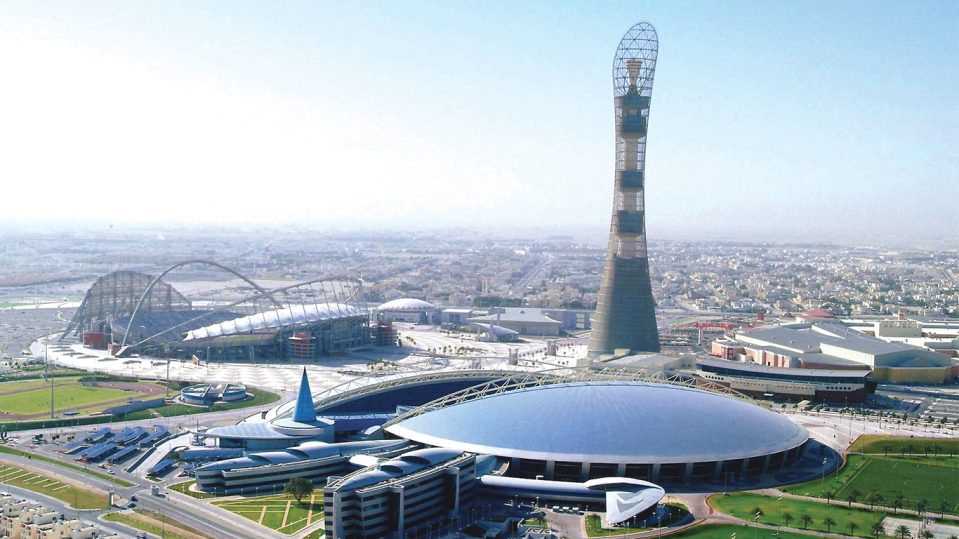 Aspire Dome is an IAAF accredited training centre and has also played host to many sporting events – from the 2006 Asian Games to the 2018 Artistic Gymnastics World Championships.

Furthermore, many international athletes choose Aspire as a destination for their training camps and in the winter months, world-renowned football teams such as Manchester United, Everton FC, Ajax Amsterdam, FC Bayern München, Paris Saint-Germain, Schalke 04, Zenit Saint Petersburg, and many more are regularly seen at Aspire during their winter break.

Qatar is also home to world-class sports medicine facilities. Aspetar Qatar Orthopaedic and Sports Medicine Hospital is the first specialised sports hospital in the Middle East and the Gulf region, having been accredited by FIFA as a sports medicine centre of excellence in providing high-quality medical treatment for sports-related injuries in a state-of-the-art facility. Many high-profile sportsmen and women from around the world have received treatment at Aspetar.